Sighisoara is a stunning, and surprisingly tiny, medieval citadel in Transylvania, central Romania. Its story-book looks alone will blow you away, the buildings are simply gorgeous. Also the history and cultural appeal to the visual, make it one of the must-visit global destination. Unsurprisingly, Sighisoara is a UNESCO world heritage site and one of the best preserved medieval towns in Europe.
Sighisoara is probably best known as the birthplace of the infamous Vlad Tepes – you probably know him as Vlad the Impaler or Count Dracula. In reality, he was the fearsome Prince of Wallachia (now the lower part of Romania) known for his excessive cruelty in both war and rule, and a man estimated to have killed tens of thousands of people during his reign. Nowadays, you see his face everywhere you go in both Romania and Transylvania, and everyone claims any bit of his life they can (“Vlad lived here for 3 years” or “Vlad once stopped and tied his shoe in this spot”). His face is everywhere, but Sighisoara itself is much more than just Vlad.
Things to do in Sighisoara
1) Citadel
The Citadel was built from 1100s to the 1500s. The Transylvanian Saxons built it on the ruins of a Roman fortress and later the Saxon tradesmen turned Sighisoara into a strong defensive construction, with towers and guns overlooking the valley and the 14th century clock tower controlling the main gateway, walls and approach. There are only 9 of the 14 original towers survive today, along with 2 bastions. 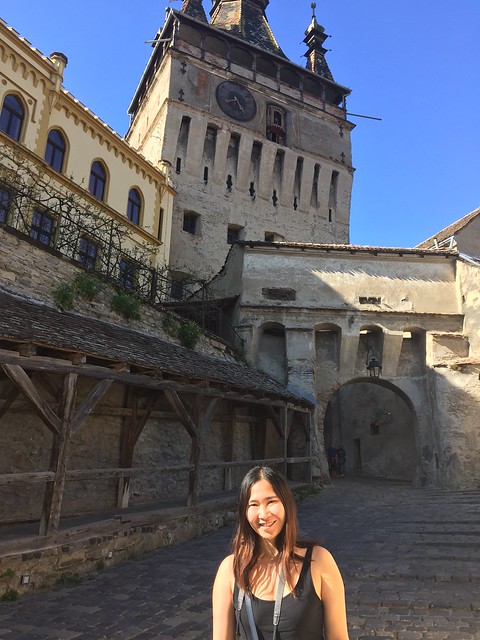 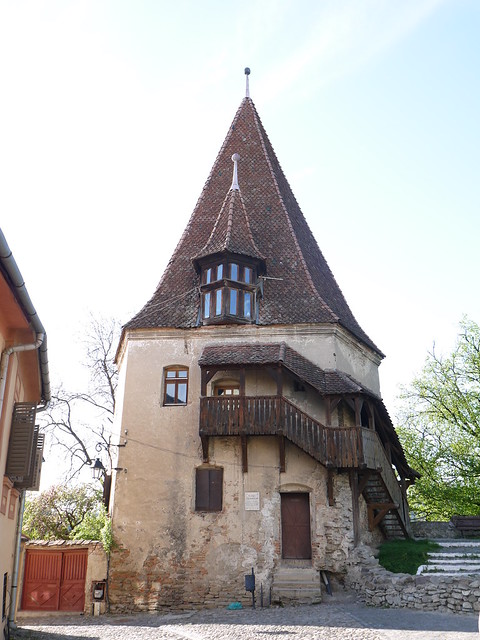 2) The Church of the Dominican Monastery. 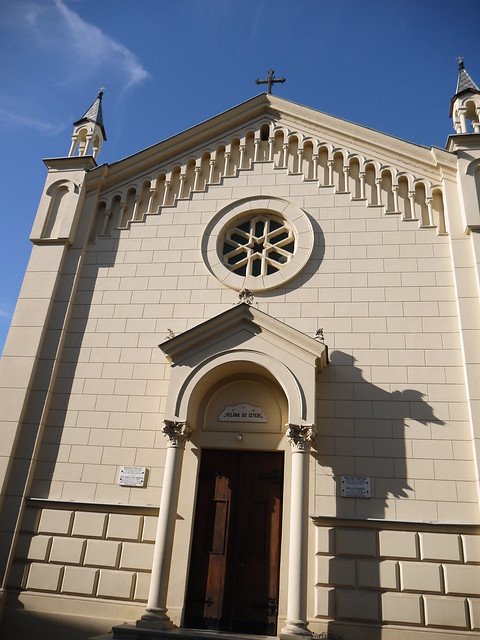 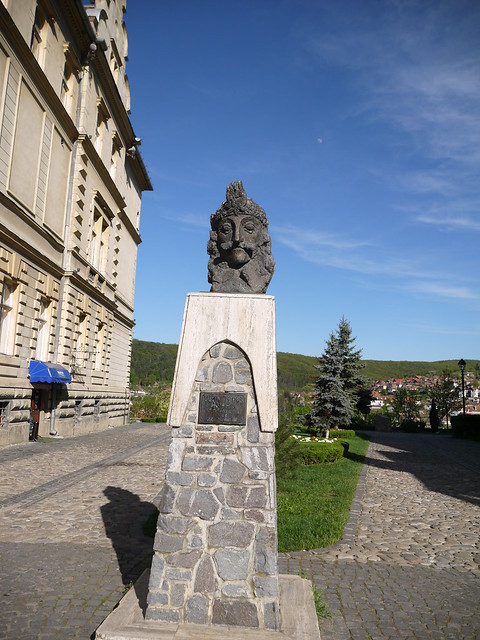 Sighisoara is the birthplace of Vlad Dracul. History is confusing here, was Vlad Dracul the Impaler, or his father? Different versions appear wherever you look. Vlad Tepes is Vlad the Impaler, Tepes means the Impaler. Bram Stoker’s Count Dracula is thought to have been based on Vlad Tepes, whose father was ruler of Walachia in the mid 1400s. The dates are right for the son to be born here, not the father. A lot of people get it wrong and the castles in Romania were never “Dracula’s” castle, it was a fictional building, although they still warrant a visit. 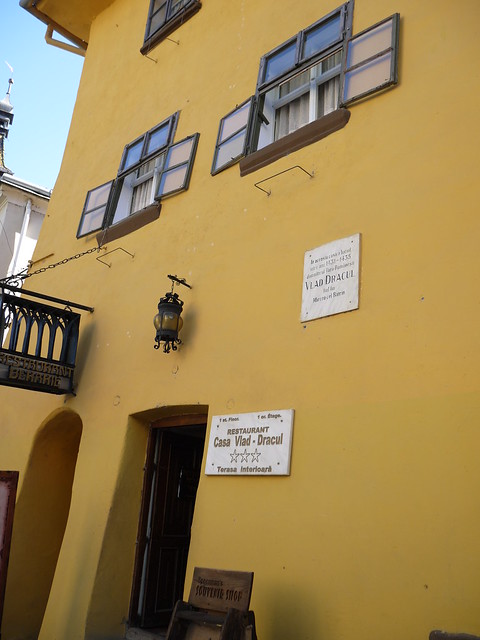 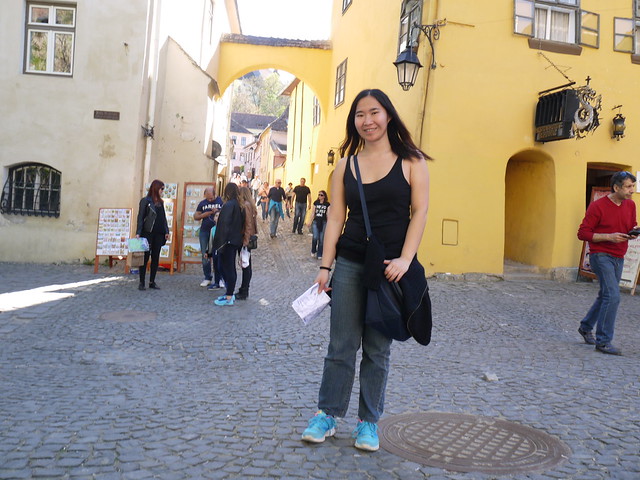 4) The Hill Church (through an interesting Covered Staircase)
The Church on the Hill is an old Gothic-style church. Surrounding the church, is a German graveyard. In order to reach the church, one need to climb a covered stairways. The stairway was originally built to protect children climbing the hill to school. It’s blackened oak beams are very atmospheric and very Romanian. 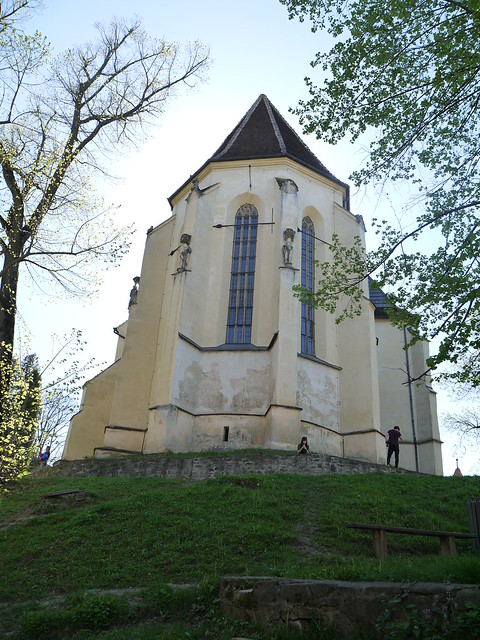 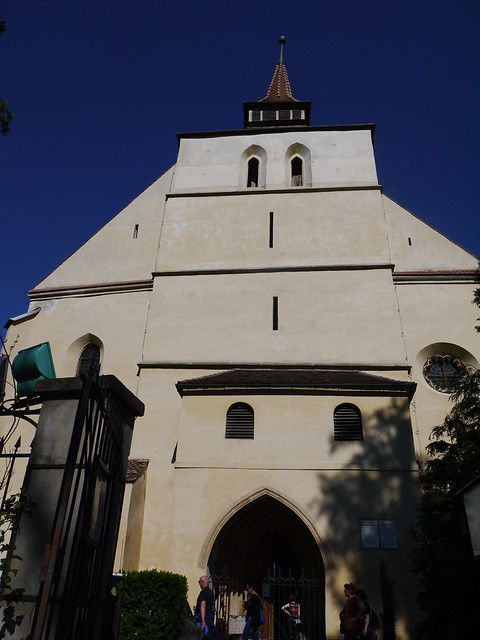 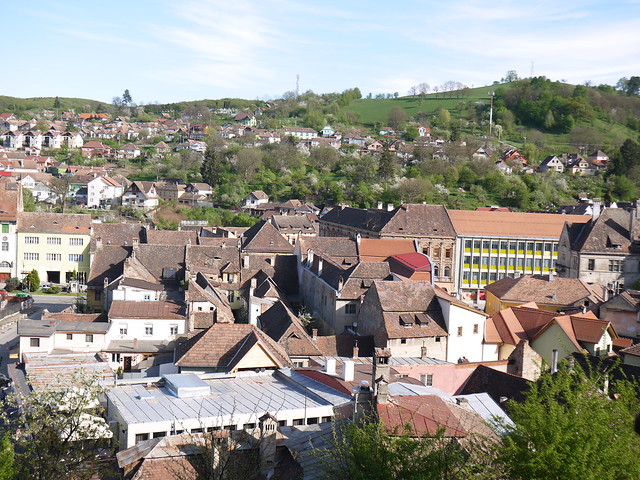 This walled city is relatively small and if you have limited time, you can do a day trip but if you have plenty of time, this place is a great place to spend your time. Strolling this little city, you can see beautiful and colourful architecture. 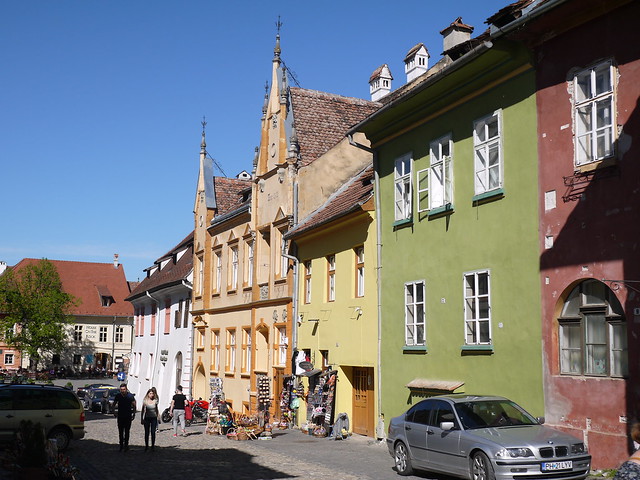 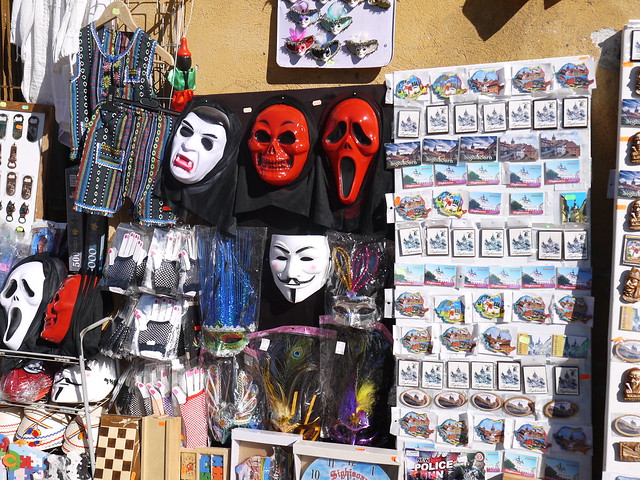 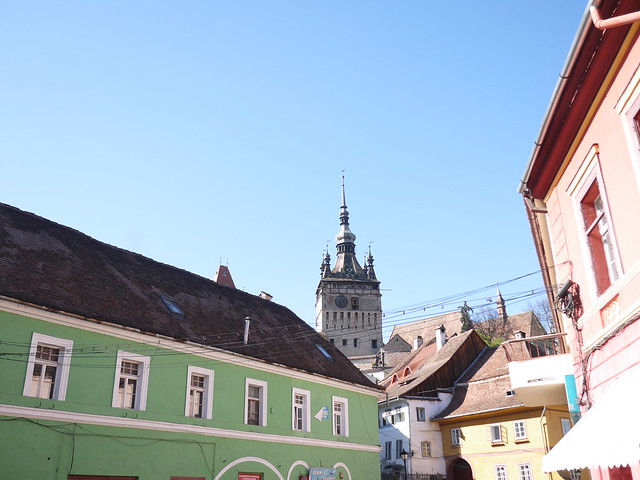 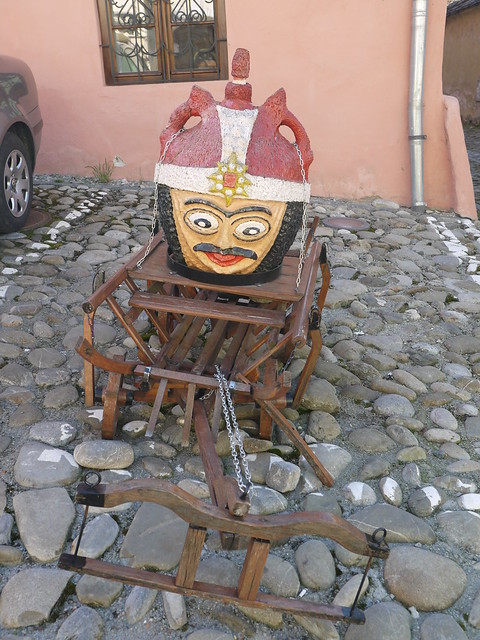 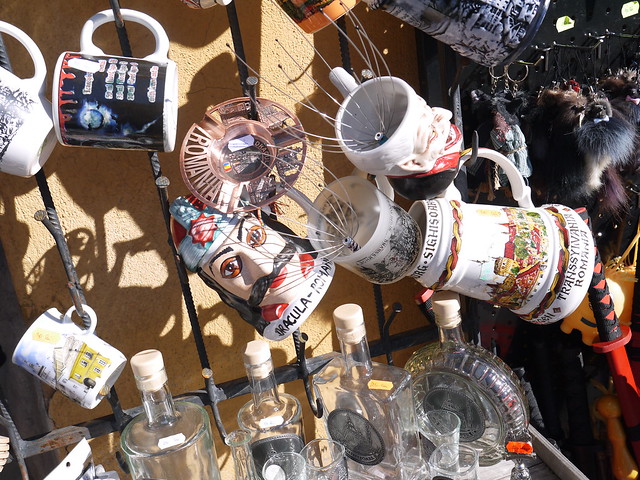 Where to stay?
I stayed at Pensione Christina and it was an amazing experience for me to be able to sit and talk to my host. It is a beautiful guesthouse located near to the covered staircase for the Hill Church. I would totally recommend this guest house to those who like to visit Sighsoara. The host is extremely welcoming, helpful and friendly to me during my stay. 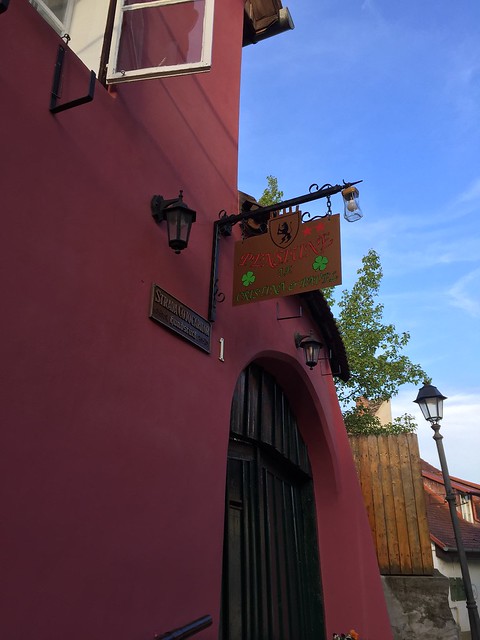 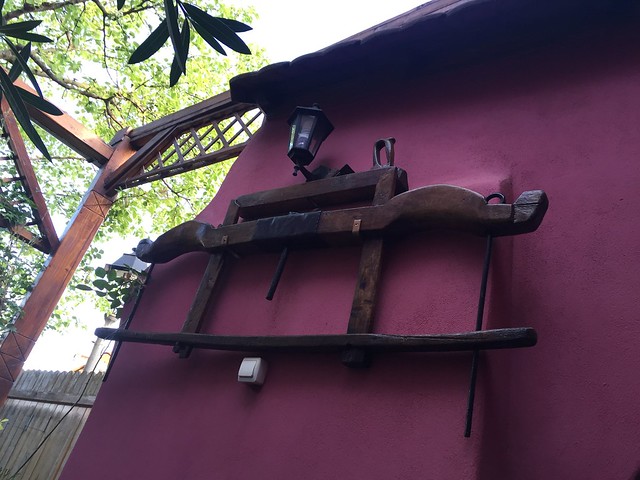 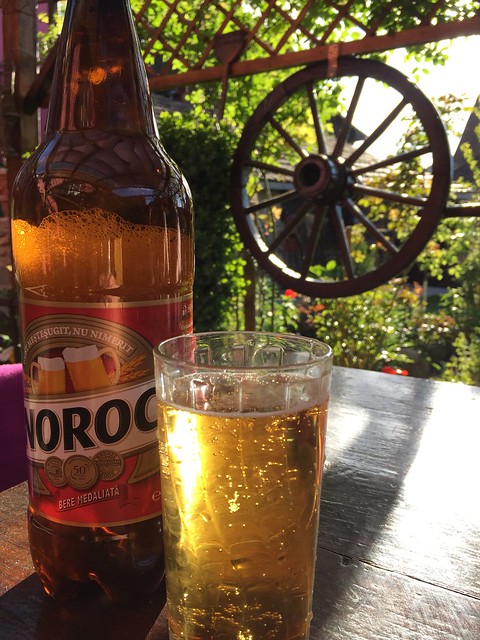 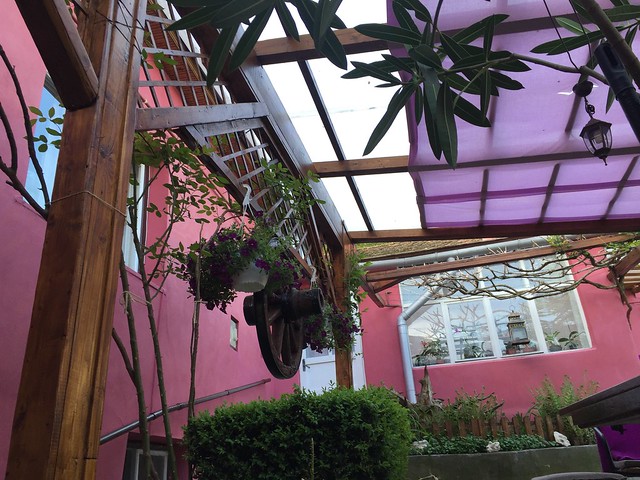